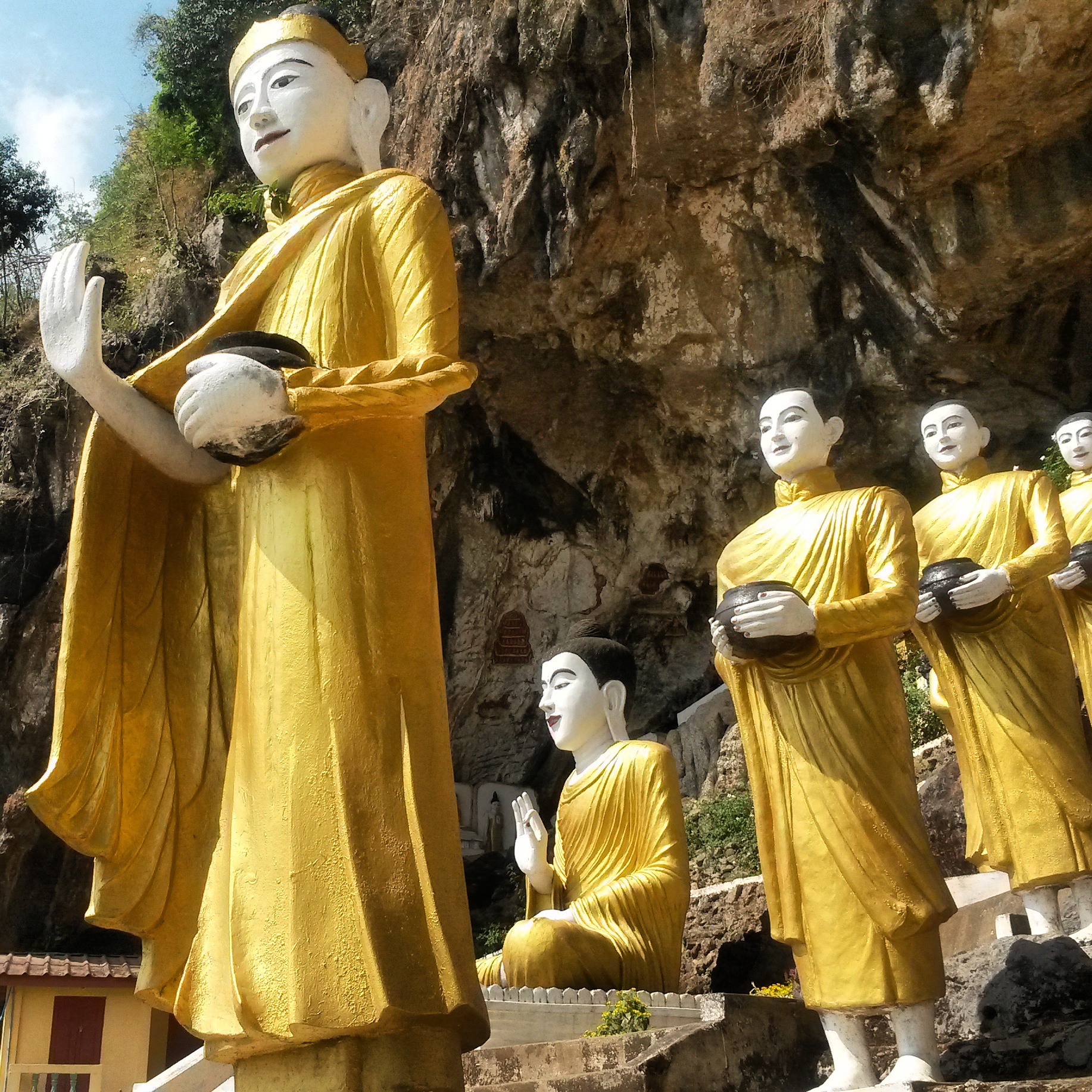 On the first part of this trip tale, I had the whole night on the bus to think about my next destination.

I decided to go for the Myiek Archipelago to enjoy the beach and find out about the Sea gypsies. So at the last moment, I headed to the airport to get a ticket. It was too expensive to get to Miyek so I got a ticket to Dawei, a city closer instead. I was hoping to get the speed boat from there to Myiek. It had been quite difficult to find out information about those places: if the boat was running, how much it was (25 USD), if it was possible to visit the Archipelago since some areas in Myanmar are still closed to travellers, if it was safe… I was actually taking my chances going to Dawei not being certain of what will happen then. I flew with Air Myanmar for 72 USD and I bought my ticket at the airport desk, in cash. Myanmar is still a cash country and it is very hard to use a credit card in here.

I had a small apprehension about flying with the national airline from a safety viewpoint but I am writing this post today so I am still alive ;). In Dawei, I stayed at the Zayar Thet San on the first night. It is a very modern hotel, quite expensive for what they offer but comfortable and the staff is friendly. In the same road, there is a very nice restaurant with a big terrace and where the food was amazing – a bit pricey but very nice. The name was written in Burmese but I am sure you will find it.

I met a new friend in the streets of Dawei. We admired the architecture of the houses and walked around together. Dawei looks more like a tropical town in my opinion. It was greener with more vegetation and wetter. It has rained the two days I was there. There are plenty to see around Dawei especially if you like beaches. The best to go around is riding a motorbike.

The weirdest thing about going around Dawei was people staring at us. It is difficult to keep contenance with all these pairs of eyes fixating you. So is this what stars feel when meeting with the public? It is uncomfortable but after a couple of hours, you don’t pay attention anymore.

During my second night in Dawei, I moved to the Dream Emperor Guest house. It has a completely completely different  standard from Zayar hotel as it was a place for backpackers. It is 20 USD for a double room. I decided to do so to be with my friend as we planned to get the 5 am bus on day 11.

Day 11: Bus trip from Dawei to Hpa an and night in Hpa an

On day 11, we woke up at 4 to be ready to get to the bus station for 5. Yet again, we found out that following schedules are not Myanmar people’s forte. We waited until 6 to hop on our bus. And again, it was so uncomfortable: broken leather chairs, old bus and no aircon. I forgot to follow my own rules of choosing a bus and did not ask for a picture!!! At least, it was a day trip so I did not miss a good night sleep.

There, I had my unique dodgy moment as a man in uniform asked us for our passports to check our visas. I handed him mine and regretted it straight away because he could have run away with it or refuse to give it back to me. Who knows? Thankfully after seeing I was ok, he gave it back to me. There my friend told me that sometimes these guys in uniform could just be curious taxi drivers. So do not hand your passport!!! Difficult situation to be in though.

Anyway we had 9 hours on the bus, 45 mn of which we used sitting under the tree as our bus stopped because it broke down. Don’t make plans in Myanmar… That stressed me out a little as the last bus for Hpa an – my next destination – was meant to be at 4 pm. Luckily, there were a boy and his mum travelling with us also going to Hpa an so I followed them. My friend was staying in Malawmine and I wanted to go east. The bus change at Malawmine was not easy. We had to get a moto taxi ride  (500 Kyat) to the bus stop and then wait for the bus to Hpa An (1,000 Kyat). Without Victor and his mum, I would not have made it. So I was quite grateful to have found them on my way.

Also despite the stern look of the mum, she was actually very nice and friendly. Another testimony of Burmese legendary kindness. Her son took me to the Soe Brothers guest house where I got a more basic room for 7 USD – with just a fan. With all the heat there was, OMG! But I did not want to look for another place because this kind of guest house is used to provide services to travellers so I was sure to find whatever I will need from the staff.

And I was right… I booked a tuk tuk day tour with them to go around Hpa An for the day after. The price of the tour depended on the number of people. We were 9 in a tuk tuk for 10 and we paid 5,000 Kyat each at the end of the day. I don’t know if it was cheap or expensive for the country but it was more than acceptable for me.

The first amazing sight in Hpa An are the karst mountains in the background. It reminded me of Halong Bay without the ocean. Then there are the different caves: my favourite one was YatheByan, the first one I saw. It had a lot of  Buddha statues. The most famous cave is Sadan cave which personnally did not impress me much. The boat tour (1,000 Kyat per person) to get out of the cave was nice but nothing too amazing either especially that at some part there was too much plastic floating in the water. Oups, have I become blazé? After the caves, we went to Kyauk Kalap, a pagoda set on top of a rock formation in the middle of an artificial lake. Beautiful. Then, we went to the bottom of the Mount Zwegabin to visit the Lumbini Garden. This place is a mystery: who placed those 1,000 Buddhas here? What are they smiling for?  For what purpose were they sitting here so serene? I have no answer to give as nobody knows.

For dinner, I had my last traditional burmese food in San Ma Tau. There you get 10 free side dishes and 3 desserts with your meal!

Day 13: Back to the airport

On day 13, I left Hpa An to go back to the airport of Yangoon, on my way back to Europe.

I had then my last bus trip of 8 hours. I will miss them….Joking…

In Yangoon bus station, I got a taxi to take me to the airport for 10,000 Kyat, including a lunch stop at Lucky Seven, a tea house. They had an english menu with pictures so it was easy to pick something. I had sticky rice with pork and a chicken roll. Quite tasty! All the staff was young and there was a cool vibe about the place. As soon as you sit down, they bring you loads of snacks (not for free) I guess to entice you to eat them. There, I noticed for the first time the buckets under the table.

You see, Burmese people have this habit of chewing betelnuts. It makes their teeth black. Young, old, men and women chew it. They also spit it everywhere. At first I thought the red stains on the streets were blood. After all Myanmar is meant to be under military ruling so there must be fights and deaths all the time in here….Nooo000, these were… betelnut spits. I have seen them being prepared: first a betel vine leaf, then white lime paste, then tobacco and betel nuts most of the time. It did not look appetising. I would not try it for a world but Burmese seem to be crazy about it. Anyway, back to my story, in this very Lucky seven under the tables, there were buckets in which every now and then betelnut chewers were spitting into…yew…Well, this is part of the culture I guess.

I made the airport 3 hours early and my plane got delayed but in the end I was happy I left from Hpa an instead of going on another night bus that would arrive in Yangoon at 3 am. And that was my entire 13 days in Myanmar.

For more details on my trip, do not hesitate to contact me. 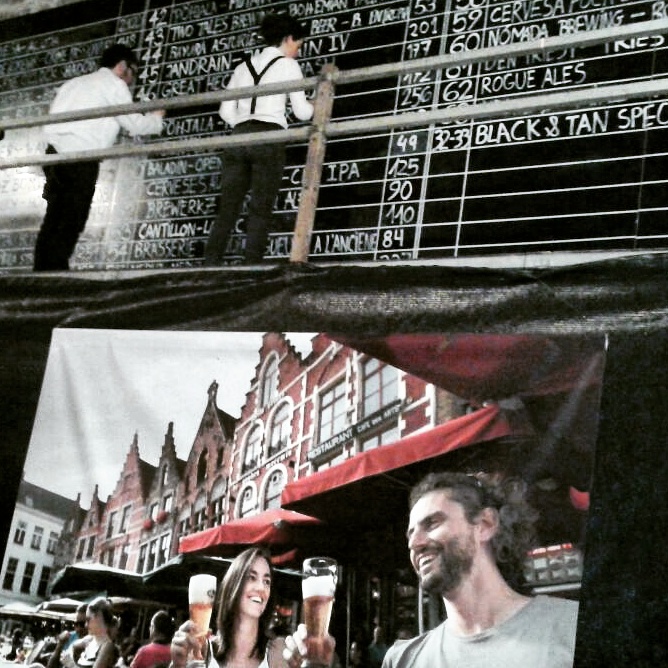 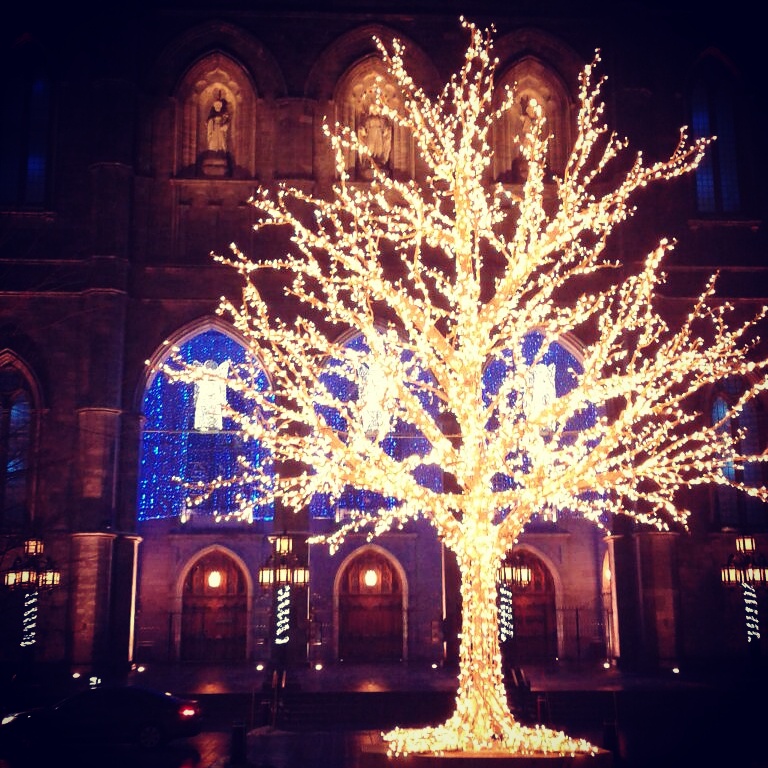 10 days of Chrismas in Montreal 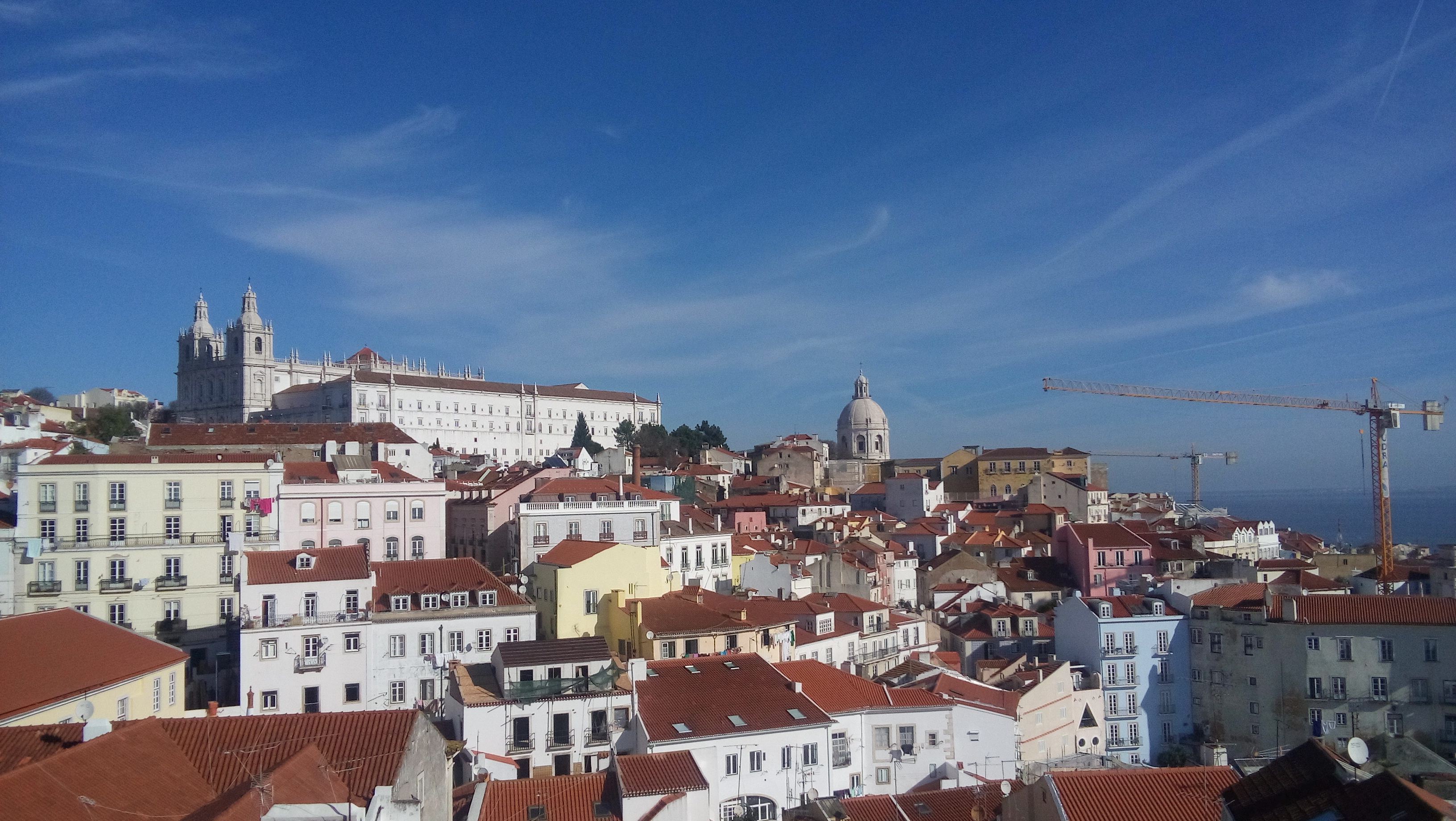 Tips on what to do in 2 days in Lisbon