Yes I know…. I promised a full article about Dublin and Ireland but I made a little change of plans.

Yes, life is full of surprise :). And so today, I will talk about my day out in Bruxelles.

Bruxelles was a stopover on my way to Liege to visit friends who just got a pretty baby girl. Since I have never been to Belgium, I decided to spend a full day in its capital famous for chocolate and frites…So I booked two nights in a hotel located 15 mn from the city center, the Van Belle hotel at Chaussée de Mons 39. It is a hotel without pretension and perfect if you want to spend the night without splashing out on accomodation.

My day started hunting for waffles. There are many cafés and places that served waffles. Bruxelles is actually famous for chocolate, for frites and for waffles…On the way, we encountered the Manneken Pis. He is very tiny and dressed up like a soldier. I can understand him. It is pretty damn cold in Bruxelles in february. Better cover up especially if you intend to pee in the street, he he. Anyway, focusing…My waffle was covered with white and black chocolates. It was delicious though I gave out a bit about the way it was cooked: it was half cooked. I learnt later that this is the way to eat them…Oh…Well I prefer my waffle well-cooked please. Medium-rare is only for my steak.

Bruxelles is a small city with the Grand Place and its buildings at its heart. For me, the best activity on a day out in Bruxelles, besides eating, is wandering around the city. First, there are all the comic paintings on the wall. Just the other day I thought it was funny that my very first picture about Bruxelles is the same as this-lady-who-wrote-the-same-titled-article-on-another-blog. I am referring to the picture on this post here. Then there also are loads of chocolate shops, modern or vintage but all full of chocolate, in all sorts and all shapes and flavours. Shops for furniture and modern home gadgets. I love those! Anyway these were my interests and there were plenty of them in the city. Happy day! I bought a silicon jam spoon and a wall sticker in the shape of a heart. I am so full of love…

Then it is time for lunch. The restaurant we originally wanted was closed. So we picked one that appealed to us with a trendy decor and jazz music in the same Street (Rue des Chartreux, 32), Publico. The menu is also very appealing. We picked one jambeanneau (knucke of ham) with mustard sauce and potatoes, a belgian specialty that is really delicious. Thanks to my belgian colleagues for the recommendation. And the bill was not bad at all either: 15 Euros for a soup, very nice bread, a main dish and one drink. That was an amazing lunch. After lunch and a little rest, we went out hunting again for some frites this time.

Well, for a city famous for potato fries we had a lot of problems finding one friterie. Our first experience has not been fulfilling so I leave the address out. We kept on exploring the city and decided to have a specialty beer in the Delirium pub. It has a nice vibe and a multicultural clientele (French speakers on our left and English girls on our right). Aaaah…Belgium is famous for chocolate, frites, waffles and …beers. And then on the way home, guess what we found: a friterie and more particularly the “La friterie du café Georgette“, address: rue de la Fourche. And it was like expected: with a few people lining up in the street waiting to be served. We waited our turn with excitation until we realised that this place does not take credit card. Yeah, for an European capital , Bruxelles seems a bit backwarded in some areas: no free WI-FI in our hotel, numerous signes of “no credit cards accepted” and not so many cash machines it seems…Anyway, after getting some money in our pocket, here we are again happily queuing in the streets and in the cold again. Finally we place our order: one cone of fries with a samourai sauce (spicy) and a big meatball. Mission accomplished…

I would go back again to Bruxelles. It is a laid back city. And when I come back, I will have two missions: visit Pierre Marcolini’s shop and the comic museum. 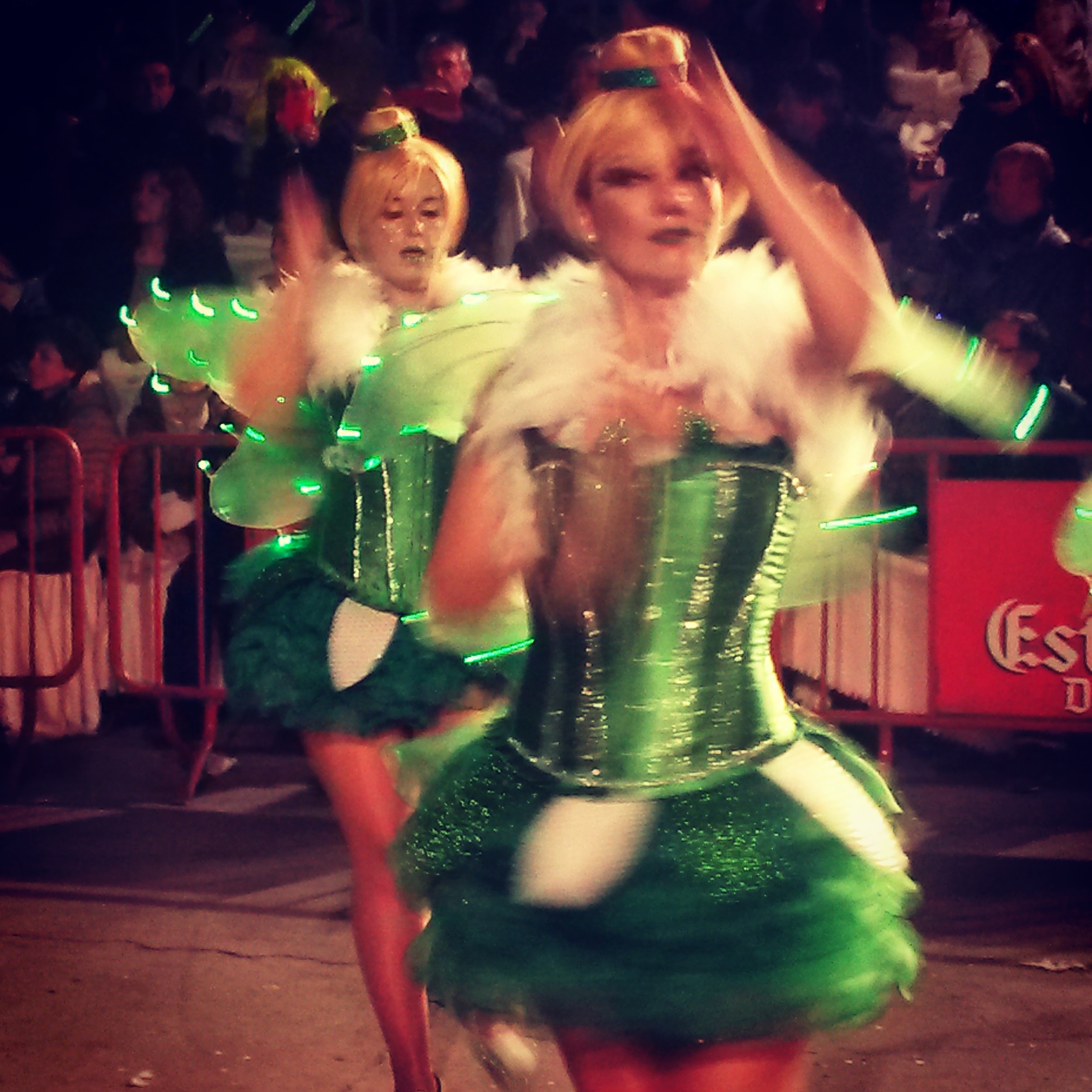 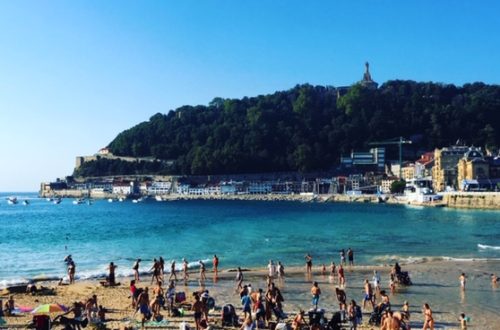 One night & one day in San Sebastian 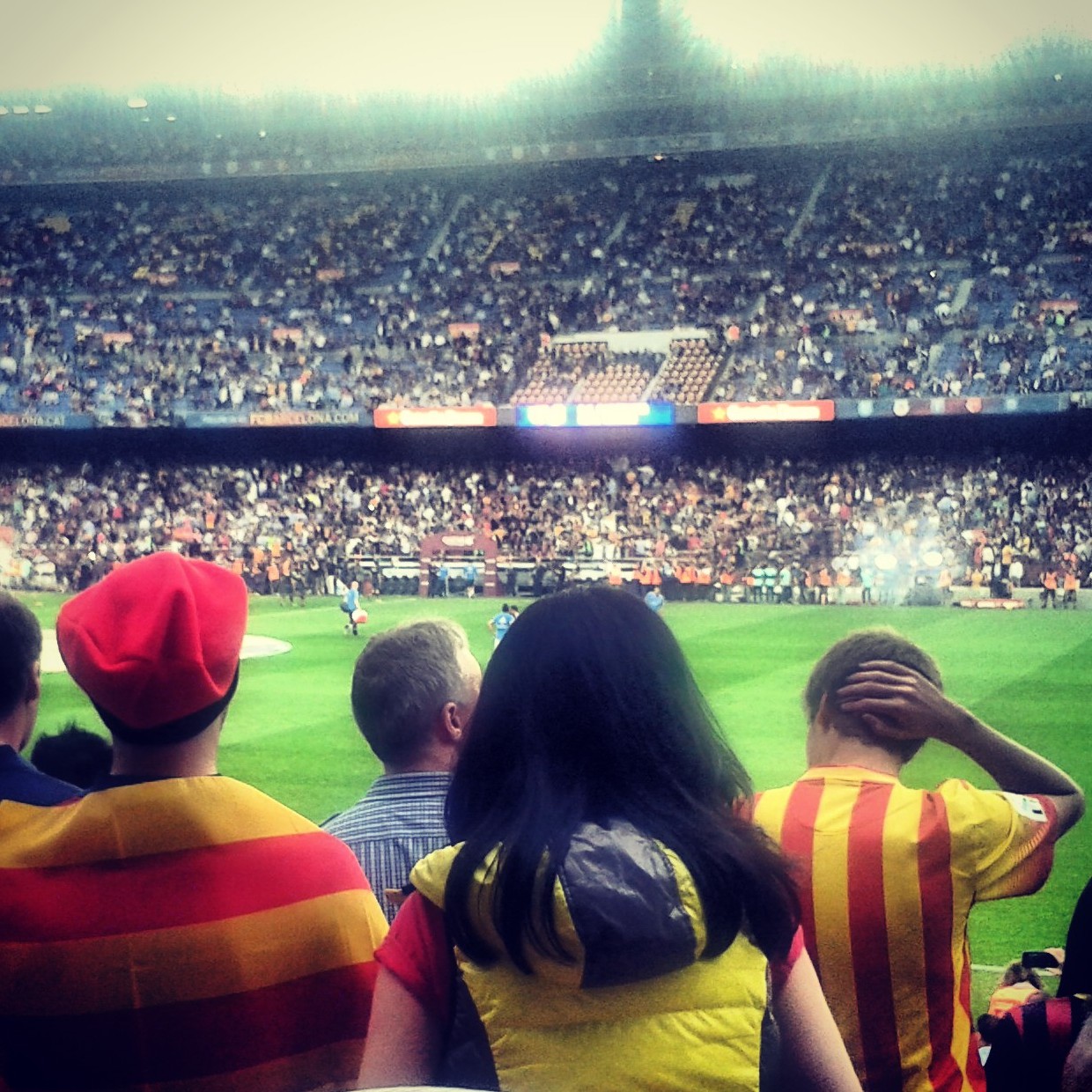 One Clasico match that cost me a ton